How One U.S. Student is Fueling a Movement Against Drug-facilitated Sexual Assault 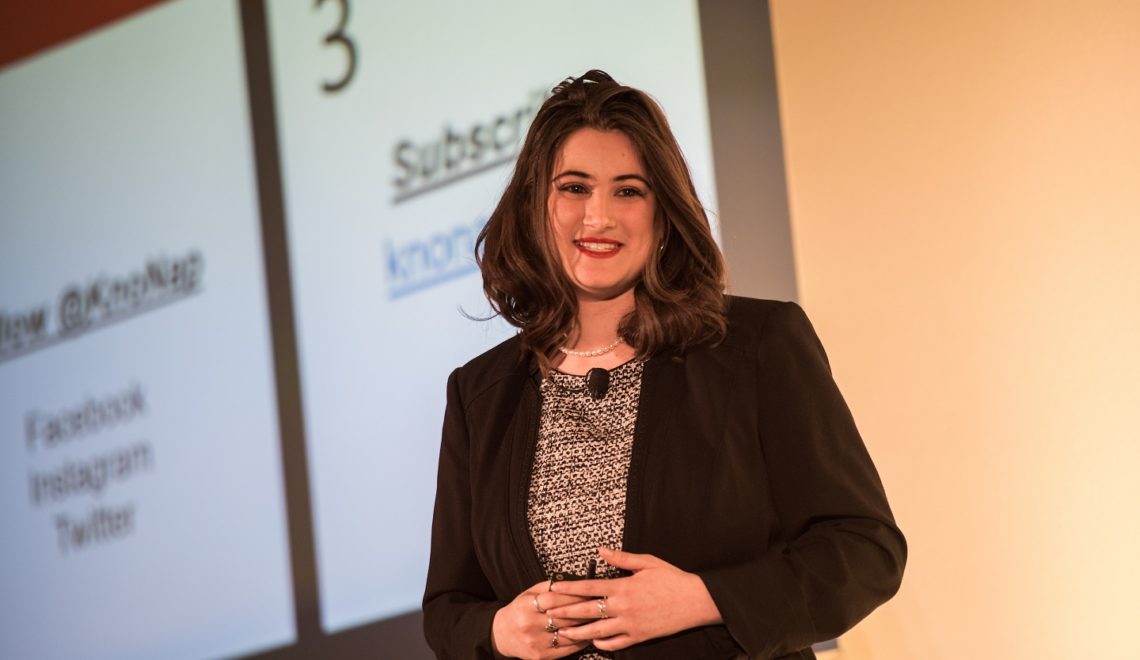 It’s a problem that’s been under-reported, under-addressed and under-combatted. Until now.

The #MeToo social movement has made international headlines following the 2017 Harvey Weinstein scandal. As a result, public awareness about sexual violence is at an all-time high. One facet of that crime is drug-facilitated assaults. With more than 50 total accusers, Bill Cosby was convicted of drugging and sexually assaulting Andrea Constand. In 2017, U.S. gymnast McKayla Maroney accused Dr. Larry Nassar of drugging and molesting her.

The problem of drug-facilitated sexual assaults is widespread and doesn’t discriminate among age, gender or sexual orientation. What’s worse: 70 percent of such assaults occur between acquaintances.

Danya Sherman’s fierce commitment to ending sexual assaults that happen in conjunction with rape drugs originated from personal experience but has grown into a journey of empowerment. As founder of KnoNap (www.knonap.com), Danya, a university student in Washington, D.C., represented the United States in the global finals of Entrepreneurs’ Organization’s 2018 Global Student Entrepreneur Awards (www.gsea.org). We asked Danya about her path to becoming a voice against drug-enabled sexual assault. Here’s what she shared:

What inspired your entrepreneurial journey?

I took a course at the George Washington University called Women’s Entrepreneurial Leadership that inspired me to take concrete steps in moving forward to build my company.

I acknowledged very early in the process that drug-facilitated assault is extremely under-reported, under-addressed and under-combatted on and around college campuses. In 2016, it was estimated that one out of 13 college-aged individuals suspected they had consumed a drink laced with a rape drug that rendered them drowsy, unconscious, physically ill or unable to remember events.

When I thought about that statistic, I realized that I had more than 13 friends, so at least one had likely been affected. I was determined to find out how widespread this crime was among my friends, acquaintances and their contact circles. A year and a half later, after about 500 personal conversations, I calculated that more than half―55 percent―of the people I spoke with suspected ingesting a drink laced with rape drugs.

How did you select a napkin as your product medium?

Because the issue of drug-facilitated assault affects millions of people internationally, I was certain that a tool existed to increase my safety in social settings. I found literature about cups, nail polish and stir sticks that detect drugs in drinks, but none were available on the market.

I was shocked to find that the only product on the market was a drink coaster with “What’s in your glass?” emblazoned across the top―which is incredibly indiscreet.

I knew things needed to change. And, since my parents are both entrepreneurs, I knew I could be the person who makes that change.

I observed how individuals interact in social settings, concluding that there are three common factors in most social gatherings:

That’s how I got the idea for KnoNap, a napkin that tests for rape drug presence in drinks. But let me be clear: We are not a napkin company.  We are a personal safety company.

It’s discreet, portable and gender inclusive. And, seamlessly incorporated into any social setting.

You can’t protect yourself against something if you don’t know it’s there. KnoNap provides that knowledge. Our mission is to empower individuals to prevent drug-facilitated sexual assault and crime.

I have worked to ensure that KnoNap promotes discretion and gender inclusivity because anyone can be affected by drug-facilitated assault regardless of gender or sexual orientation.

How do you balance being an entrepreneur and a student?

It can be tricky and takes careful planning. I joke that I’m a student in my “free time,” because KnoNap is my full-time job and passion. I am blessed to be studying at a university that promotes entrepreneurship, so the professors are extremely supportive. I’ve scheduled my classes toward the beginning of the week and can travel at the end of the week for business when necessary.

I learned a lot through the regional and national competitions by connecting with seasoned entrepreneurs from EO who provided honest feedback about my company and presentation skills. I was honored to represent the United States in the EO GSEA Global Finals and share the stage with so many impressive studentpreneurs whose companies are changing our world for the better.

It was fascinating to learn that, though we all had companies in different industries with unique products, we were confronting similar challenges in growing our startups. I connected with other studentpreneurs from across the globe; I look forward to continuing these relationships.

How do you envision the future of KnoNap?

My vision is that KnoNap will be accessible in every country, in every social setting, bar, club, grocery store, liquor store, drug store, health center, restaurant and university to empower people with the knowledge of what may or may not be in their drink.

I’m also working to form collaborations with organizations that can help educate and advocate, further pushing for social change.

By providing such educational information in the public realm, more people will become empowered to promote personal safety.

How will you define success with KnoNap?

I will consider KnoNap successful when I receive the first testimonial from a user who determined there was some type of rape drug in his or her drink and was able to safely extricate himself or herself from a situation that could have ended very differently. That’s my ultimate goal!

Thrive with the South's Tech Tribe

Sign up here to learn more about our kickass member group for tech professionals, leaders, executives and companies!

South Pod: Rise of A Region

Receive episode updates and other tech news from DIG SOUTH