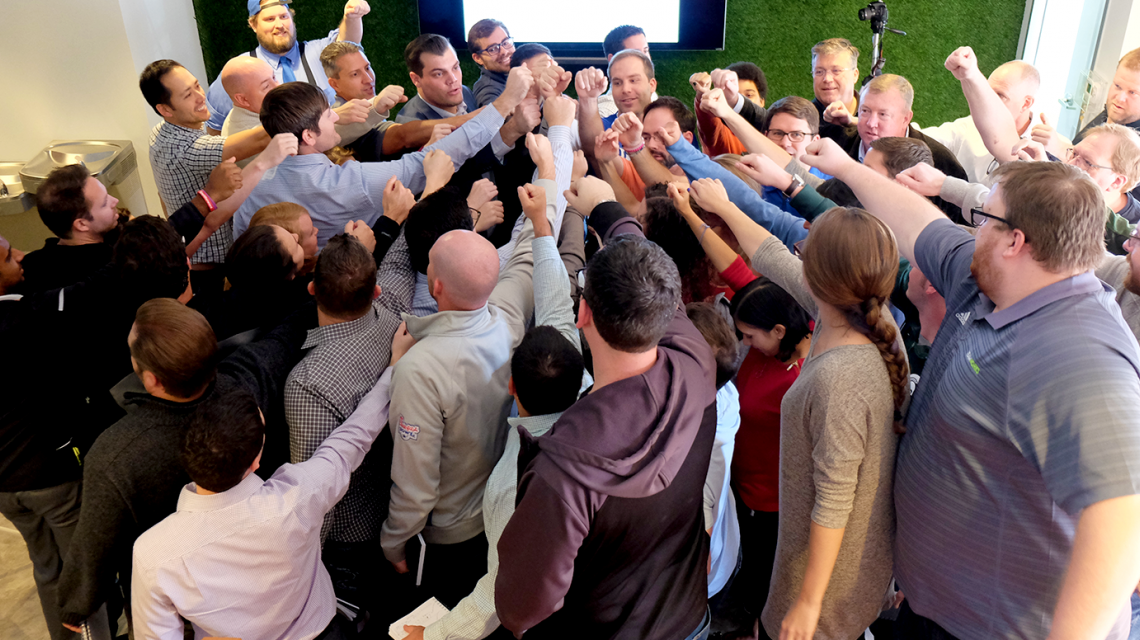 DURHAM, NC – Teamworks, which develops software for athletic institutions, is partnering with an Birmingham-based firm to deliver more software as a service (Saas) solutions to athletes around the world.

The Durham-based startup announced that it is investing in INFLCR, a software platform for sports teams to store, track and deliver photo and video content to their network of athletes, coaches, former athletes, and other brand ambassadors.

Under the arrangement, Teamworks said it will create the infrastructure for INFLCR “to continue its rapid growth in the athletics industry,” from its headquarters in Alabama. Financial terms were not disclosed.

Athletic organizations like Duke University’s basketball team already use the INFLCR platform to help  athletes “amplify both their personal brands as well as their teams’ to drive social engagement across digital platforms.”

AUSTIN – AI systems. Artificial intelligence company, SparkCognition, has raised $100 million in a series C funding round led by California-based March Capital Partners.The company has raised a total of $175 million since CEO Amir Husain founded it in 2013. “This new round of funding will allow SparkCognition to further accelerate its mission of advancing AI systems that can solve the world’s toughest problems,” Husain said. Tech it out.

CHARLESTON – Restaurant scene. The reservations app developer, Resy, is familiar to most diners booking a table from their phones, but Resy is focused on what it views as its most important clients: restaurants. That was much of the reason why the company chose Charleston — where the restaurant scene is central to the city’s identity — for its first brick-and-mortar office outside of New York. Read more.

NASHVILLE – High quality benefits. Worried its employees aren’t getting good enough care from doctors in their insurance networks, Walmart is working with Embold Health of Nashville, a startup company that uses data to analyze whether doctors provide “appropriate, effective and cost-efficient care.” Embold CEO Daniel Stein was a Walmart executive from 2013 to 2017. Learn more.

ATLANTA – First of its kind. The way we work is changing, and now Atlanta has its first women-only coworking space. Eleanor’s Place in Buckhead isn’t the first of its kind nationally, as states across the U.S. have such spaces. And there are other “female-focused” co-working spaces like Hera Hub in Atlanta, but Eleanor’s Place is the first to be exclusively for women.  Get the deets.