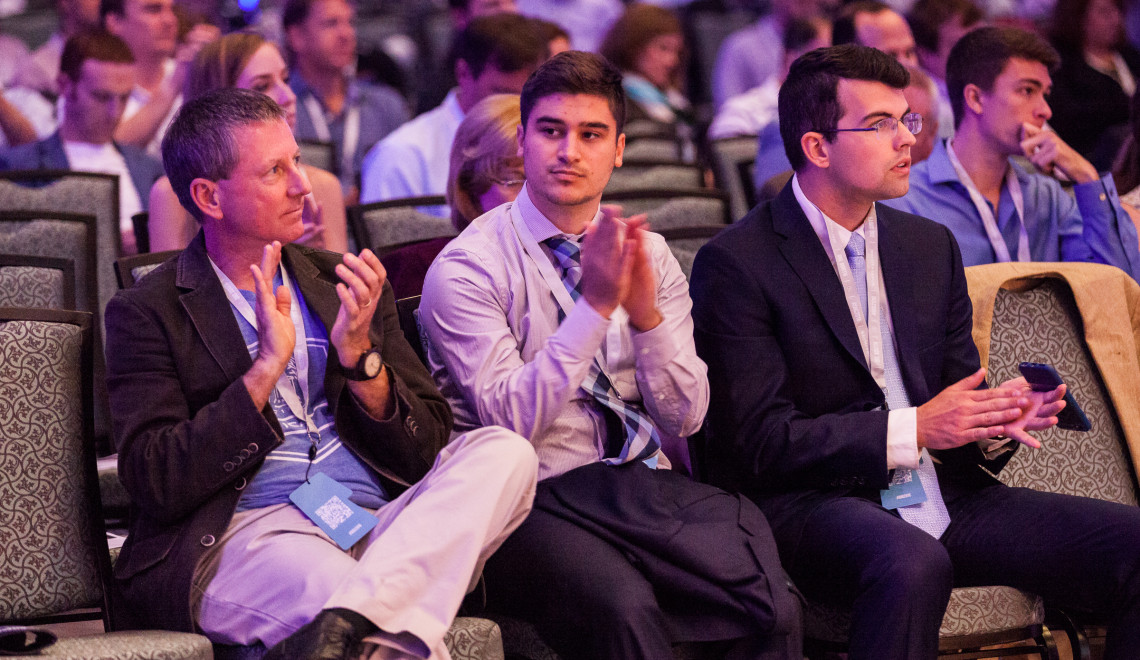 Charleston’s biggest technology conference got underway Tuesday, and companies of all stripes took the opportunity to make their pitch.

As Dig South opened its fourth year, the event included pitch competitions that ranged from College of Charleston students with early-stage ideas and Lowcountry startups from the Harbor Entrepreneur Center to better-established tech companies from around the Carolinas and Georgia with large-scale ambitions.

They did so before a record crowd at a new venue, the Charleston Gaillard Center: More than 1,500 people attended Dig South on the first day, a number that could grow by a few hundred by the time it wraps up Thursday, said founder Stanfield Gray.
Last year, the conference topped out at 1,470. The gathering aims to bring together entrepreneurs, investors and tech enthusiasts from around the Southeast to highlight the region’s startups and boost its tech scene. The goal, Gray said, is that the regional focus will show that Charleston’s tech companies can hold their own.

“The way Charleston will grow is not by becoming an echo chamber,” Gray said. “The way to expand is to bring in people globally and across the country to connect with us and be on the same stage, because that puts us in the conversation.”

And by the end of the day, Charleston’s tech community had put up a good showing. North Charleston-based Good Done Great swept the conference’s marquee competition, dubbed Wild Pitch, beating out a field of a dozen companies from South Carolina, North Carolina and Georgia. The company, founded in 2009, helps corporations manage their philanthropic efforts, and it’s signed on 80 large clients, said Earl Bridges, president.

That won the company praise from a panel of investors and a crowd of attendees — plus a $2,500 sponsorship package and more than $1,000 cash.

The competition was run, in part, using software developed by Mount Pleasant-based Bidr, which won last year’s Wild Pitch contest. Audience members voted with their wallets, texting “donations” to back their favorite pitch in what conference organizers called the first-ever live crowdfunding campaign.

Meantime, The Scholarship System took home $5,000 after winning a competition among companies in the Harbor Entrepreneur Center’s accelerator program for its product that aims to help college students win scholarships. And Insyte won a competition of students run by the College of Charleston’s Interdisciplinary Center for Applied Technology for its idea for a service that lets photographers rent space for photo shoots.