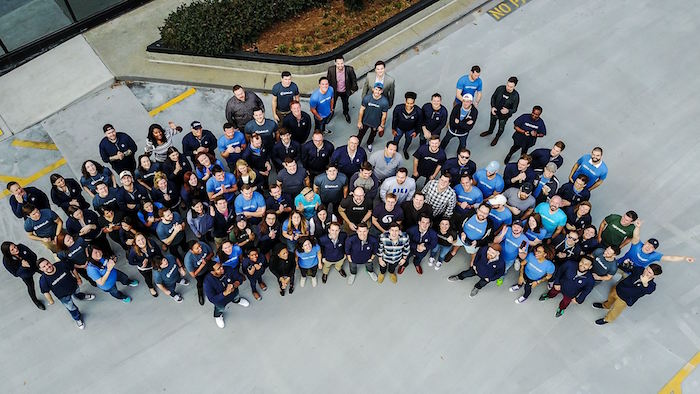 In a town that sees no shortage of B2B software successes, SalesLoft has shown a particularly impressive determination to rise to the top. Yesterday, the sales development platform announced a Series B funding round of $15 million led by Atlanta SaaS legend David Cummings, with contributions by former funders Tom Noonan and Emergence Capital.

The new funding puts the company at a valuation of about $100 million.

In a detailed blog post, founder and CEO Kyle Porter explained how the round came about. After Cummings proposed approaching Atlanta-based funders, he came back to Porter with the offer to lead the round himself with a $10 million personal commitment.

“David is a close friend, mentor, investor, board member, and advisor who has been on the journey with SalesLoft since the very beginning,” says Porter. “David’s career journey had imprinted on him the value in being a market leader and he recognized the magnitude of the sales engagement opportunity.”

The final $5 million came from Noonan and Emergence, who each participated above their pro-rata amounts.
Porter has not been shy about his determination to build SalesLoft into the next billion-dollar Atlanta company, “Atlanta” being the keyword. Since day one, the company leadership has been adamant about its Atlanta roots.

“From day one with this business, we knew it was an Atlanta business,” Porter told Hypepotamus in 2015, shortly after their first funding round. “Our core mission is to be an Atlanta Unicorn — it crumbles our entire identity to leave… This is what Atlanta needs — startups that bring investors here. We are Atlanta through and through.”

The strategy has certainly played well for the company, who took their headcount from five to over 125 in three years. This new round will help them expand the team even more as well as build out additional and enhanced product features.

Image and inline image via SalesLoft, article courtesy of our friends at Hypepotamus.