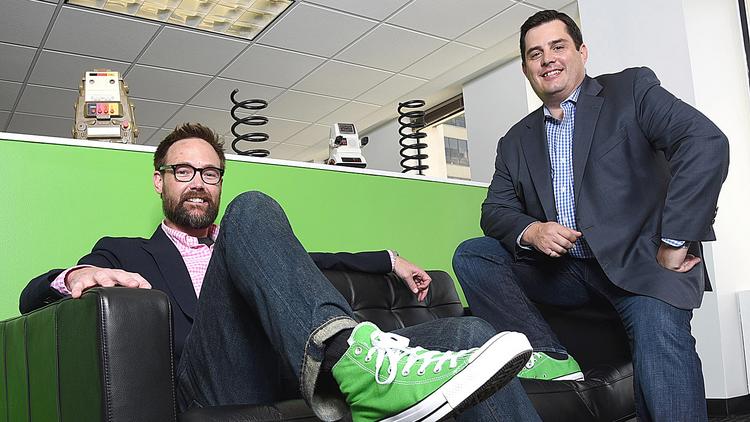 Whether you read the data or not (or you just have the email subscriptions and online coupon codes to prove it), it should come as no surprise that online retail is growing at a staggering rate. From 2016 to 2020, US e-commerce sales are expected to increase from $396.7 billion to over $684 billion. And while Amazon is certainly leading the online shopping charge (they claimed 43% of all online retail sales in the US last year), there are plenty of companies carving out their own niches in e-commerce software, sales, marketing, and more. Meet ten such companies that are driving e-tail innovation right here in the South:

Founded in 2013, Austin-based Equipboard is building a new kind of e-commerce platform for the music industry. The site offers a crowd-sourced database of musicians and the gear they use; all gear is then linked to customer reviews and online purchase options. So if you’re obsessed with Pharrell and want to know what kind of mic he uses (and how to buy it), you finally have answers.

Atlanta-based Ally Commerce is the market leader in providing e-commerce-as-a-service for brand manufacturers. Their proprietary cloud-based software helps online brands with everything from conversion to shipping and returns management. Since founding in 2013, Ally has raised over $8.4 million, including backing from UPS’ Strategic Enterprise Fund.

Chattanooga-based SupplyHog is an e-commerce platform providing high-quality materials and goods while partnering with local hardware and supply warehouses to help them better compete online. Since founding in 2013, they’ve raised $2.5 million and have been featured in TechCrunch, Forbes, and Washington Post.

Want to hear from leading online retailers like Casper, Wine Awesomeness, and Tailor Brands? Check out a few of the exciting e-com sessions happening at DIG ICON this April!

Washington, D.C.-based Spree Commerce has developed open source e-commerce software that enables brands and developers to easily build customizable online storefronts. The Spree storefront offers a full feature set, is built on common standards, and is completely modular. It’s been used to build over 45,000 stores, including the online shops of Casper, Bonobos, and NutriSystem. Spree has raised over $11.5 million since founding in 2011.

Austin-based BlackLocus provides near-real time competitive pricing intelligence to online retailers to ensure they are not over or underpriced. Shortly after launching in 2011, the company raised $2.5 million. The following year, they were acquired by Home Depot and now operate as the retailer’s internal innovation lab, finding competitive edges with software and analytics.

Miami-based Iguama is an e-commerce platform that gives Latin American consumers access to U.S. brands and retailers not found in their home countries (think: Target, Adidas, Gap, and Nordstrom). Shoppers login to Iguama, search products, and make purchases with guaranteed shipping included. The company launched in 2014 and raised $5 million earlier this year.

Austin-based aDealio is digitizing direct mail for brick-and-mortar retailers. The platform allows businesses to send featured promotions, announcements, offers, or coupons via email to select consumers that live or work in the area. Since launching in 2011, they’ve raised $1.5 million and partnered with major deal sites like Groupon and Restaurant.com.

Atlanta-based Springbot has developed a SaaS platform that optimizes digital marketing for online retailers by unifying their marketing efforts in one simple dashboard (think: social media, link tracking, analytics, emails). They integrate with major e-commerce sites like Magento and Shopify, as well as Facebook, MailChimp, Google Analytics, and more. They’ve raised $20 million since launching in 2012 and were named a Top 40 Innovative Tech Company in Georgia for the third time this year.

Austin-based Granify has developed software that helps online retailers increase their conversion rate and revenue. The platform uses machine learning to automatically decipher actionable patterns from a massive stream of real-time shopper data (think: more than 1.5 trillion data points on over 100 million shoppers per month). Since launching in 2011, Granify has raised over $8.5 million and have been featured in TechCrunch, VentureBeat, and Inc.

Charleston-based Blue Acorn is an e-commerce company that helps retailers and brands increase revenue through data-driven design, development, and optimization. Since founding 2008, they’ve developed key partnerships with Salesforce Commerce, Magento Enterprise, Google Analytics, and Optimizely, and have worked with notable brands like Le Creuset, Rebecca Minkoff, and Ticketmaster. Blue Acorn made the Inc. 500 in 2013 and the Inc. 5000 in 2014, 2015, and 2016.

Do you know of other Southern companies contributing to the e-commerce industry? Let us know in the comments below!