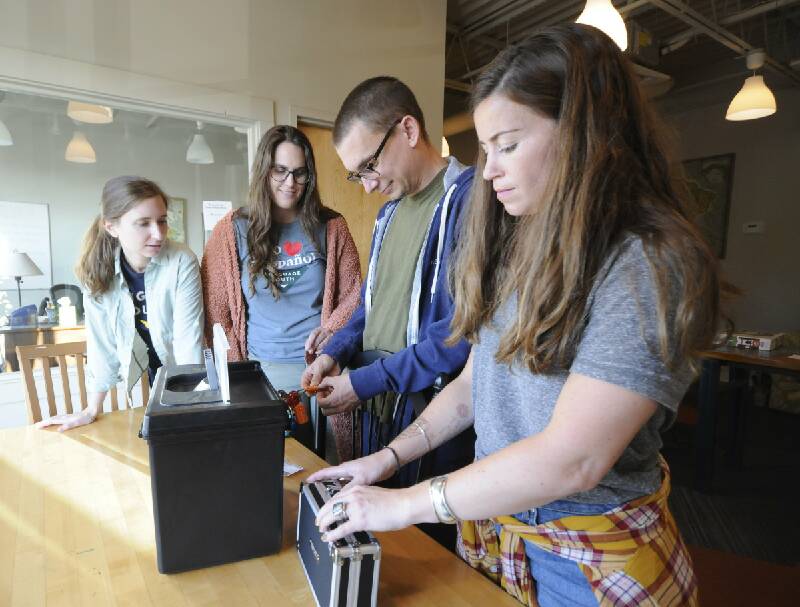 🛢 AUSTIN – Exponential growth. RigUp, which has quietly built one of the fastest-growing and best-funded startups in Austin, announced a $300 million funding round — a move that puts the company in a relatively exclusive club of tech unicorns that are valued at over a billion dollars. While RigUp is largely known for success in the oil and gas industry, it’s planning to expand its renewable energy customer base. This year, RigUp expects to have more than $2 billion in gross service volume through its platform. Tech it out.

🍽 MIAMI – Papa pals. Papa, a technology platform that connects seniors with college students who can help them complete tasks, announced the close of its Series A funding round. The Miami-based startup secured $10 million in investments led by Silicon Valley-area venture capital firm Canaan. Papa plans to expand to a total of 25 states in 2020 and add to its partnership agreements with insurance providers. The company works with major players including Humana, Aetna, Priority Health and Alignment Healthcare. Get the deets.

👨‍⚕️ CHARLOTTE – New financing. WeWork, the coworking space conglomerate with offices across the South, is looking to raise cash after putting off an IPO and replacing its CEO. “WeWork is seeking a $5 billion debt package led by JPMorgan,” reports PitchBook. “The package reportedly may consist of some $3 billion in high-yield bonds, and a formal decision could be made as early as this week. Such efforts represent a rush for cash after the New York-based company shelved its IPO plans. Its $47 billion valuation in January had sunk to estimates as low as $10 billion.” Learn more.

🏨 ATLANTA – Acquired assets. Real estate tech startup Cadre has made waves in recent years for a platform enabling individuals to invest in commercial property transactions for as little as $50,000. With the recent sale of two apartment complexes located in the Chicago and Atlanta metro areas, respectively, Cadre says it’s hit a new milestone—$100 million in returns to its investors, to date. Take a look.