A Sportstech Event Unlike Any You’ve Seen Before 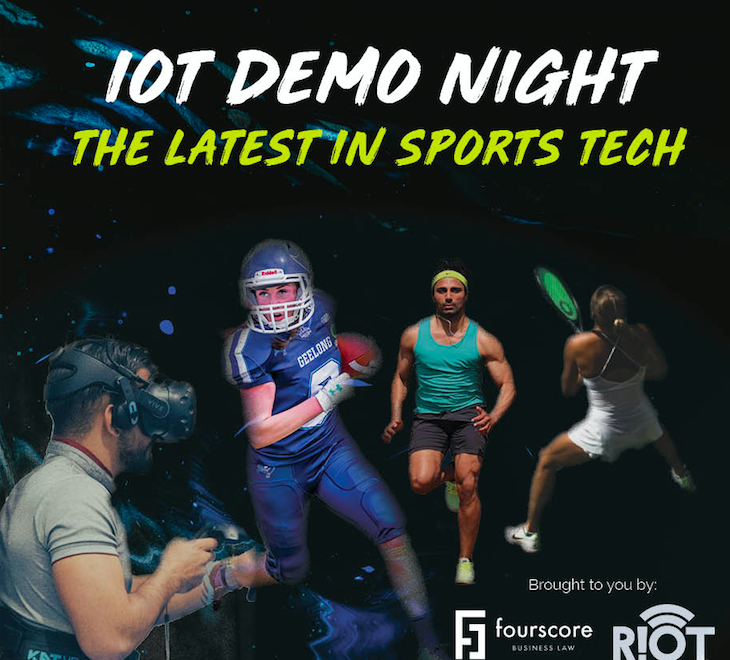 RIoT is a U.S. organization that helps entrepreneurial ecosystems flourish by coaching local businesses, startups and governments to embrace the modern data economy.  RIoT hosts tech events around the US that provide hands-on learning and networking opportunities and runs startup accelerator programs in Raleigh and Wilson, NC.

This November, RIoT turns the 2020 virtual event structure on its head with a sportstech event that is likely to be unlike any virtual event you have attended in 2020. On November 10th at 4PM-7PM EST, RIoT hosts its annual IoT (Internet of Things) Demo Night, this year with a virtual, sportstech twist.

“2020 brought challenges, particularly for those of us that regularly host events. At RIoT, we feel the shift to virtual meetings is getting tired. Our team brainstormed ways to invigorate virtual events with more excitement,” says Tom Snyder, Executive Director of RIoT. “The key to in-person networking events is that the attendee directs most of the action. Virtual webinars miss that mark.  We are excited to launch a new style of virtual event with more fun and audience interaction, coupled with a viewing experience that includes celebrities and sports.  We mate the best of in-person interaction, with our favorite screentime passions.”

The event features a LIVE collegiate Esports Exhibition game featuring North Carolina State University and Barton College and speed networking, allowing attendees to quickly engage with sportstech executives, startup founders, job seekers and enthusiasts from all over the country. Cutting edge technology talks and panels feature speakers from the pro sports world, college sports and the sportstech industry.  A digital exhibit hall showcases the technology demos that for years have been the trademark of RIoT IoT Demo Night.

Attendees can expect superstar speakers, live entertainment and networking opportunities that in some ways surpass what an in-person event would typically offer. “At RIoT, we believe that emerging and disruptive technology is a driving force and you need to embrace it and adjust to market needs. We’re applying those same principles to our events and learning to USE what virtual platforms have to offer rather than fight against the new norm. We’re excited to explore the intersection of Sports and Technology!” says Amber Cobb, RIoT’s Director Partnerships East.

RIoT is a 501(c)3 nonprofit organization based in Raleigh, North Carolina. RIoT focuses on economic development by capturing emerging markets and accelerating startups—creating IoT opportunities locally, nationally, and globally. To learn more or find ways to get involved, visit riot.org.