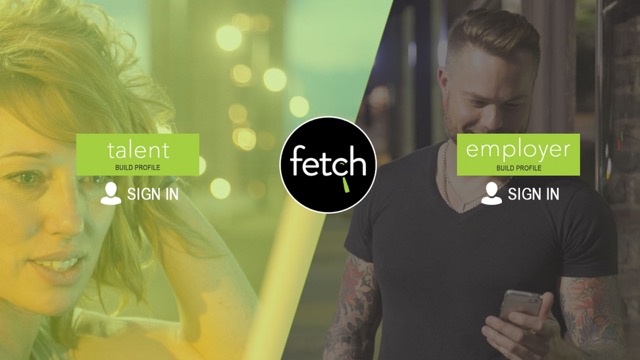 BIRMINGHAM – Hiring is one of the most critical – and challenging – components of the entrepreneurial and business skill set.  Many companies elect to work without outside consultants and recruiters to solve the challenges of attracting and retaining talent, but agency fees can be expensive, and for better or for worse, some simply don’t trust recruiters. Others task Human Resources with this responsibility, but this presents challenges of it’s own.  One Birmingham, Alabama company is leveraging tech – and borrowing a few of the concepts behind the popular dating services and apps – to solve these problems, and provide a more effective end-to-end hiring solution for growing businesses.

Chase Morrow founded Fetch in 2015 after a spending 20 years in the staffing industry, and following two successful exits from other startups – ITAC Solutions, we reached Inc. 500 and Moxy, voted one of best brands in staffing, as well as Accurate Mailing, a direct mail company based in Huntsville – along with Partner and CTO Jason Hutson, who brings 15 years of experience in the IT services industry. Morrow and Hutson wants Fetch to disrupt the traditional recruiting model by letting the talent drive the hiring platform.

“Fetch is Match.com meets Tinder for talent,” says Morrow.  “We match talent with employers in a transparent and unbiased way that is affordable for all companies.  Hiring talent is expensive.  Using a staffing agency to do so is really expensive.  Fetch negates the need for large upfront agency fees and the ridiculous industry standard 90 day replacement guarantees.”  Fetch matches passive talent directly to employees without the need for a middleman.  And if you’re thinking, “I would never hire someone by simply swiping through options on a website,” let’s draw another comparison to the dating industry: it’s growing popularity.

According to Pew research and The Atlantic, just three years ago, “American adults ages 18 to 24 used online-dating sites and apps at an average rate for all American adults—about 10 percent. Since then, that rate has almost tripled. College-aged and post-college-aged Americans are now the most likely demographic to turn to the technology” to find a date.  What seemed novel at best, and crazy at worst, just a few years ago, is now the growing trend in dating.  Who’s to say a similar process, combined with technology, won’t simplify the hiring process?

According to Pew research and The Atlantic, just three years ago, “American adults ages 18 to 24 used online-dating sites and apps at an average rate for all American adults—about 10 percent. Since then, that rate has almost tripled.

Traditional permanent-placement recruiting models require a lump-sum fee, generally based on the employee’s offered and accepted salary, of as much as 30% in some instances.  This can run into tens of thousands of dollars or more in staffing fees annually.  Fetch started with a disrupted payment model of offering a 17% fee of the salary spread over 24 months to allow for a small monthly fee, opening up an untapped market of small businesses & startups that normally couldn’t compete for good talent, but has since adopted a SaaS subscription model as low as $99/month for employers to use their platform.

Fetch soft-launched in Birmingham in February 2016, but the team had already begun generating revenue in October 2015 with a proof-of-concept model.  The company now has clients as far away as California, and even international clients.

The startup did have to solve one significant problem while ramping up, but it’s one most companies dream of: rapid adoption. “We had quicker adoption than expected. Handling and servicing the influx of talent and clients who pounced on the platform was challenging.”  The company is currently serving clients such as BLOX, AQ2 Technologies, Education Corporation of America, Banker Advice and others.

While Fetch is still a very young company, given its solid start, and the track records of Morrow and Hutson, chances are good you’ll be making a hiring decision in the near future the same way you’ll find your next date, or the person you’ll eventually marry.  We’ll be keeping an eye on Fetch.