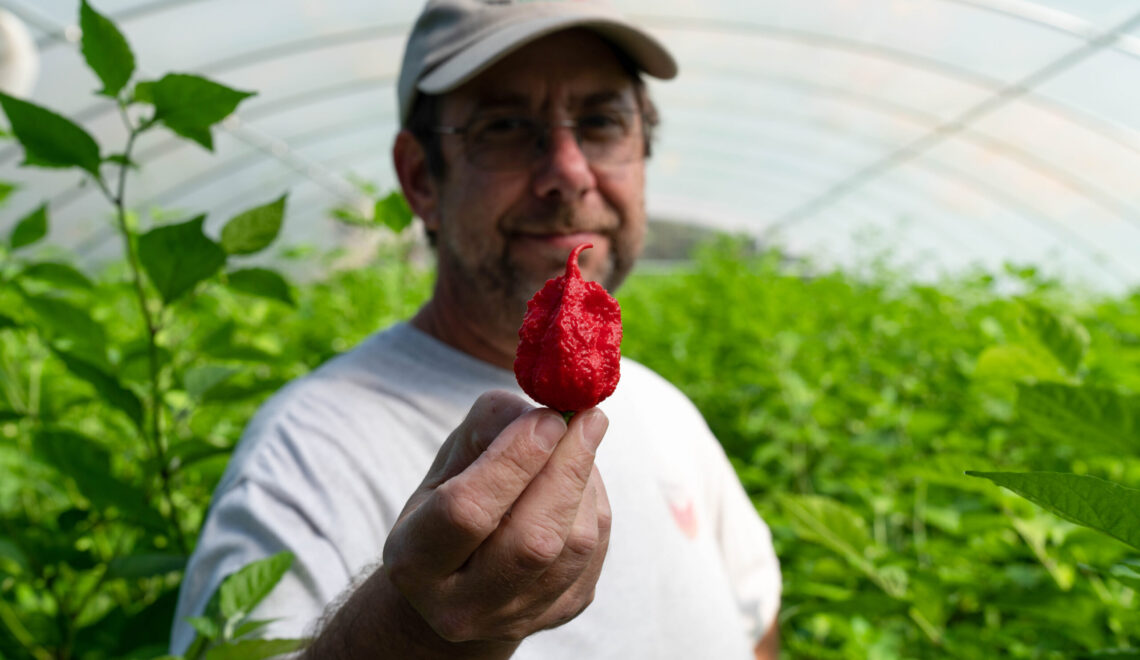 A “chile head” in the truest sense of the word, Ed Currie – the man behind the Carolina Reaper, the world’s hottest pepper – knows hot enough is never hot enough.

His journey began in the 80s when he started growing peppers at his house in South Carolina. By the 90s, his 800+ plants covered every inch of his home, as well as the homes of his friends, family, and neighbors. There was a growing demand for his peppers, and by the early 2000s, he and his wife Linda realized it was time to start a real farm. Now, their farm grows over 100,000 pepper plants and is one of the largest on the east coast.

PuckerButt Pepper Company’s mission is to provide its industry-leading expertise for growing the world’s most awarded hot peppers, natural farming practices, and artisan recipes. Ed and his company farm and process all of their peppers from their USDA Certified Organic farm and pack the most freshness and peppers into each bottle.

With the creation of the Carolina Reaper, Ed pushed the limits of the chile pepper — his love for spice helping him to light a spark across an entire industry. And the whole world took notice. Ed discusses how his life brought him to growing peppers, how he’s grown his business, and his personal philosophy on innovation and pushing boundaries.

Submitted by the SC Department of Commerce, a DIG NATION member.