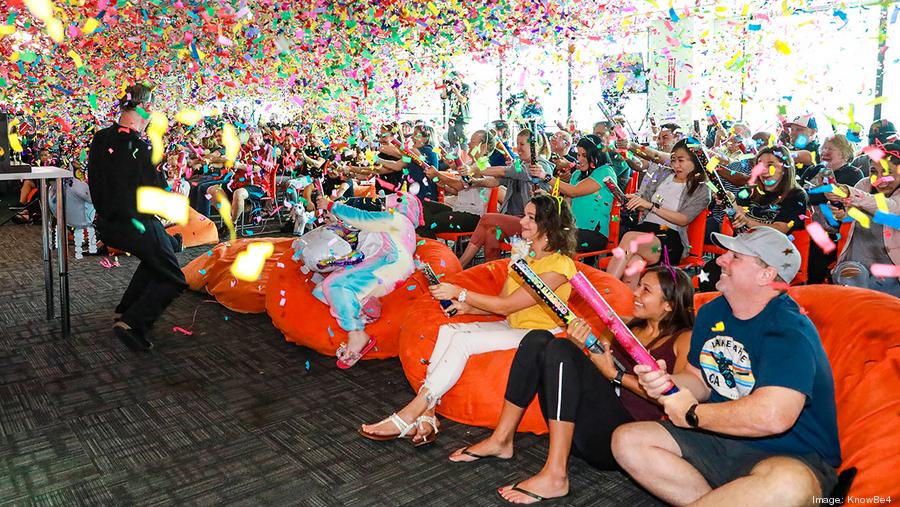 SocialFlow CEO Jim Anderson has more than a decade of experience working with high-growth companies and the social media platforms and helped lead Vitrue’s successful exit to Oracle in 2012. He’ll draw on that experience, and data from more than a trillion social impressions generated by SocialFlow’s blue-chip media clients, as he shares his thoughts on social media and the election—and offers insights that will last well beyond this election season.

📦DURHAM – Moving home-base.  Avaya, a publicly traded cloud-based communications and collaborations solution provider, recently relocated its corporate headquarters to Durham where it has had an office for more than a decade. Tech it out.

🕵️‍♂️ATLANTA – Forensic tools. Grayshift, which works exclusively with law enforcement, public safety, and defense agencies to access and extract data from mobile devices, just announced a $47 million Series A funding round. Get the deets.

👼 GREENVILLE – Top Ten Angel. The Angel Capital Association, which released its 2020 Angel Funders Report this week, named DIG SOUTH supporter VentureSouth one of the top 10 angel investment groups in North America for the 3rd time. Read all about it.

Register for the 2020 Greater Nashville IT Summit

The IT Summit is a one-day conference that provides high-quality, forward-looking content to IT practitioners at all levels, as well as opportunities for networking and peer-to-peer learning. This year’s conference theme will be “Leading into the World That is Becoming,” with keynotes, panels, and breakout sessions focused on how companies, individuals, and the greater Nashville tech community can and will excel in a post-COVID 19 world.

Get ready for another great SOUTH POD episode. Tonight we feature General Welton Chase, Jr. of FirstNet. Recorded live at DIG SOUTH Virtual Tech Summit on July 23, 2020, Chase presented on how his company has partnered with AT&T to create a reliable communications network for first responders.

Join us LIVE tonight at 8 PM EDT over on the DIG SOUTH Facebook page!